The ward is also well known for its rich natural environment, with an abundance of green belts, including the Crown Prince’s Palace and the State Guest House (Akasaka Rikyu), as well as Shiba Park and the Nature Education Garden in Shirokanedai.

The ward also has a global face, with foreign residents accounting for about 10% of the population, due to the presence of numerous embassies and foreign-affiliated companies in the ward.

The parks in Minato City, with these characteristics, are diverse. The large-scale bayfront development district centering on Daiba is home to a concentration of newly developed parks, while Shiba and Shirokanedai are home to parks with a long history.

Opened in 1996, this marine park utilizes the old breakwater in Daiba, Minato-ku and the cove surrounded by Daiba Park. With the Rainbow Bridge in front of it, it is a spot where visitors can enjoy the night view of the city center. Odaiba Beach, where you can play in the water, offers many events such as beach volleyball tournaments.

Located just north of Odaiba Seaside Park, this park opened in 1996 in Daiba, Minato-ku. Located adjacent to an apartment building, elementary school, junior high school, and kindergarten, the park is a place of recreation and relaxation for local residents and is marked by a windmill installed in 2005 to generate wind power for environmental education.

The park is lined with cascading palm trees, grasses, and flowers along a leisurely meandering promenade, making it a perfect place for strolling and jogging. Japan’s first Antarctic observation ship, Soya, is moored in the ocean along the park for permanent preservation and exhibition, and visitors can visit the ship for 700 yen as a donation for its maintenance.

The park is lined with cascading palm trees, grasses, and flowers along a leisurely meandering promenade, making it a perfect place for strolling and jogging. Japan’s first Antarctic observation ship, Soya, is moored in the ocean along the park for permanent preservation and exhibition, and visitors can visit the ship for 700 yen as a donation for its maintenance.

The Symbol Promenade Park is the largest metropolitan park in the Odaiba area, with an area of approximately 26.4 ha and a total length of approximately 4 km, connecting Daiba in Minato Ward and Aomi to Ariake in Koto Ward and is long and narrow in shape. With a paved “promenade” (promenade) and numerous objects, it is a place where visitors can stroll while enjoying the scenery.

Takanawa Park in Minato-ku, Tokyo, is a park with combination of playground equipment, slides, swings, and other children’s equipment, health equipment, and basketball facilities.

Hinokicho Park is located in Akasaka, Minato-ku, Tokyo, adjacent to the Midtown Garden in Tokyo Midtown. The park has a jogging course, basketball facilities, and other exercise facilities, as well as stylish artistically designed swings, slides, and other playground equipment. There is also a Japanese garden where visitors can take a stroll.

Located in Minato-ku, Tokyo, Midtown Garden is a park adjacent to Tokyo Midtown and Minato-ku Hinokicho Park, where visitors can relax on the grassy plaza zone. Visitors can also enjoy jogging and playing in the water. In spring, visitors can enjoy the 103 cherry trees, mostly Someiyoshino, in the park.

Located in Minato-ku, Tokyo, Shibaura Central Park is a 15-minute walk from JR Shinagawa Station, and is an athletic park on the roof of the Shibaura Sewage Treatment Center facility. Within the park, visitors can use the tennis courts (four sand-filled artificial grass courts), tennis wall courts, futsal courts, and other sports facilities.

Located in Minato Ward, Tokyo, Minami Sakura Park is surrounded by office buildings and is equipped with stools and manholes for temporary toilets, a kamado stool, a well, and emergency sandbags as disaster countermeasures. In addition, a children’s playground and a basketball goal have been installed.

Minato Hinokicho Park, located in Minami-Aoyama, Minato-ku, Tokyo, was created on the site of a former army firing range and repatriate housing, and is in front of Aoyama Reien. The park has a playground, swings, basketball goals, and other facilities.

Konan 3-chome Playground in Minato-ku, Tokyo, is a small park with a children’s playground with combination play equipment and swings for infants, a multipurpose square, and basketball facilities. There is also a small water playground where water spurts out from a pipe in summer, allowing visitors to enjoy a short dip in the water.

Shiba Park was designated as a park in 1873, along with Ueno, Asakusa, Fukagawa, and Asukayama, and is one of the oldest parks in Japan. After the war, in accordance with the principle of separation of religions, the grounds of Zojoji Temple, which had been part of the park, were removed from the park grounds, and the present Zojoji Temple is surrounded by the park grounds. 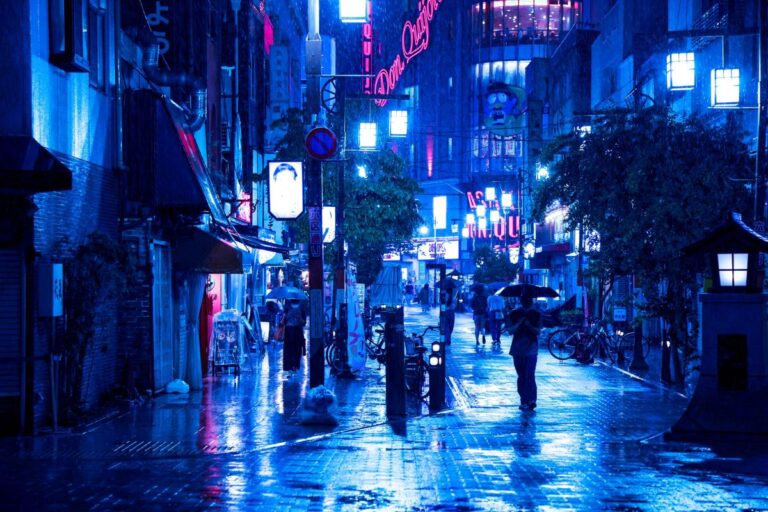 Rokuku Broadway in Asakusa is a 300-meter-long shopping street connecting Sushiya-dori and Hisago-dori. The street has been… 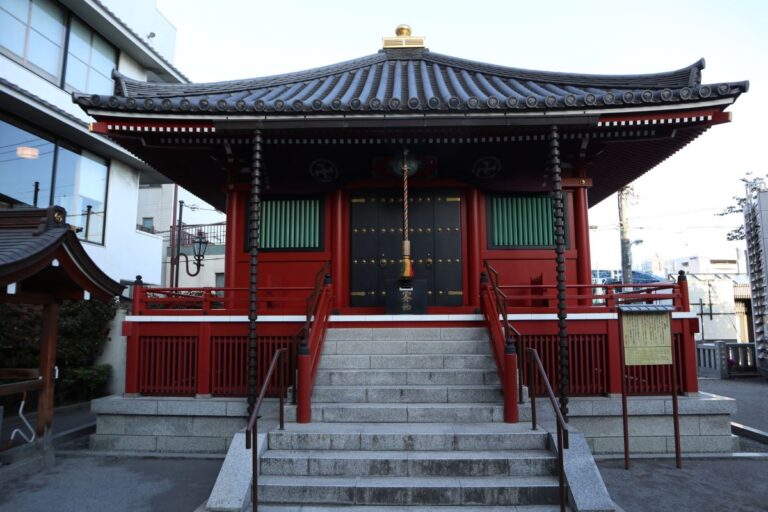 Komagata-do is a hall located in Komagata Park. It is one of the temple complexes at the… 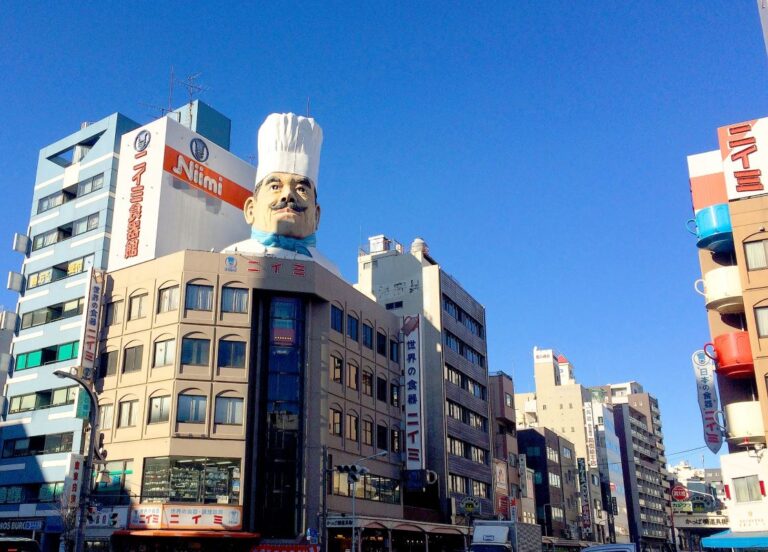 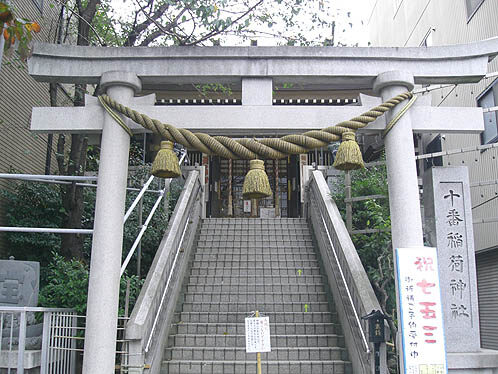 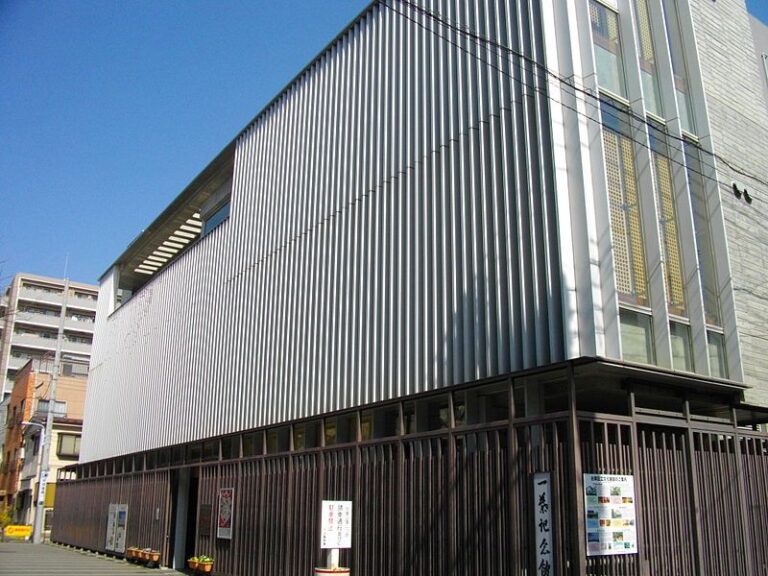 This is a memorial museum for Higuchi Ichiyo, famous for works such as Takekurabe and her portrait…